God’s Hope Primary School provides over 500 students, ages 3-13, a high quality primary education. Our school is built for and continues to serves the orphaned and poverty stricken child in Nakaseke, Uganda. We use some of the top curriculum approved by the government in Uganda. We hire qualified teachers. Most importantly we are always improving our standards. The school has 10 classrooms, a state of the art library, 3 offices, a cafeteria, 3 bathroom facilities, a soccer field, and a playground. The school is totally fenced in for the protection of our children.

God’s Hope Primary School was the starting point of Simone’s Kids. Our Founder, Simone Puccinelli, was contacted in 2010 by Mr. Kayiire Godfrey for help saving a small school for orphans. The school originally took place under a mango tree, moved to rent buildings, and in 2014 we officially opened the school on our Simone’s Kids property.

On February 14, 2014, Simone’s Kids finished their first big project. After starting Simone’s Kids in 2010, the founder, Simone Puccinelli, found the biggest need in the Nakaseke community was a place for orphans and vulnerable children to receive quality education. In 2010, God’s Hope Primary School was being run out of war-torn buildings; it was not a safe or quality learning environment. In 2011, Simone’s Kids started a project called Building a School. Over three years, Simone’s Kids purchased land, founded an NGO in Uganda (to remain in legal standing with the government), and built 10 classrooms, a large office, bathrooms, and a kitchen. 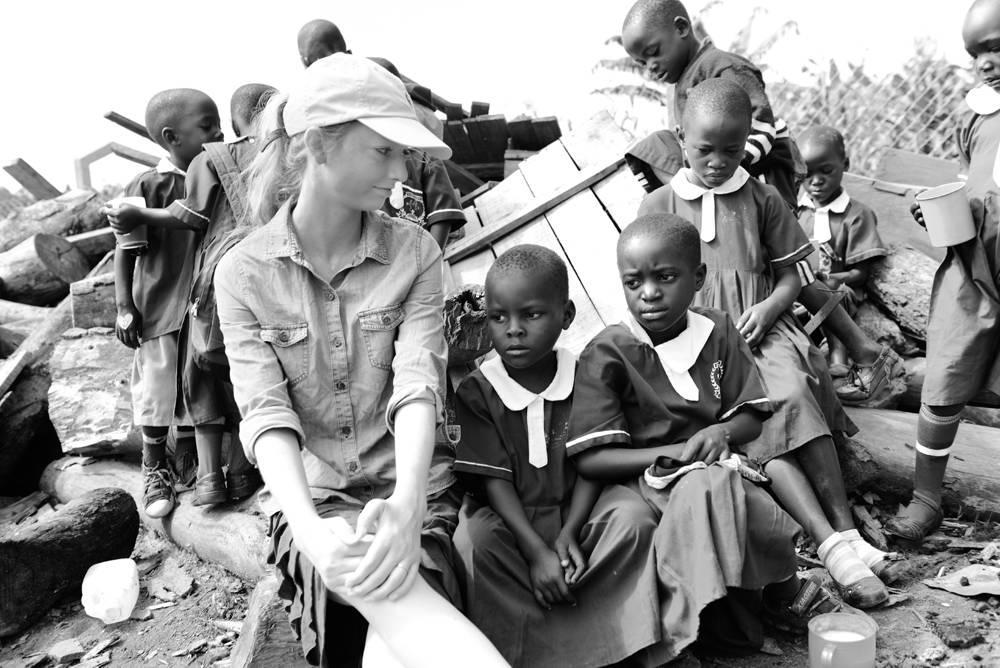 Godfrey Kayiire and his wife, Hope, are the current administrators of God’s Hope Primary School. The couple started with only a dream of being able to help the poor and orphaned children in their community. The couple, in part, feels so passionate about the cause because they were also orphaned at a very young age. In fact, Hope is unable to celebrate her birthday because both of her parents died before she was old enough to remember. Godfrey and Hope were both sponsored by an organization that supported them through school and both claim that, without the outside help, neither would have been able to complete their education. Godfrey was so grateful for the help that, upon his graduation, he volunteered for two years at the school where he received his primary education.

In 2008, Godfrey and Hope took the little money that they had and established a primary school in Uganda. This was not an easy task for the couple, as funds were remarkably low. During the first term that the school was open there were only 46 students and eight teachers. The students that attended then were not able to afford payment, and the school remains that way to this day.

In 2010, Simone began communicating with Godfrey, questioning him about the needs of the school. During that year Simone was only able to pay the rent for the school buildings, however, that was enough to keep the school open and operating for the children. “I didn’t believe that she was going to send the money until I received it in my account. Glory be to our God who is always faithful even if people may not be,” says Godfrey. In 2011, Simone’s Kids was able to raise enough funding to fully sponsor the entire school.

God’s Hope High School provides 300 students, ages 13- 19, a high quality secondary education. This school serves the purpose of place where once our children finish their primary education at God’s Hope Primary School, they can continue on learning at a higher level. The school is opening 2016.